Mako Nagasawa grew up in Cerritos, CA, and went north to Stanford, where he studied Industrial Engineering and Public Policy, with a focus on education. He worked at Intel Corp for 6 years while serving a Spanish-speaking ministry to Mexican immigrants in East Palo Alto, CA. He married Ming in May 1999 and moved to Boston, MA. He then worked for two startup companies trying to bring technology and jobs to inner-city communities.

Mako earned a Master’s in Theological Studies from Holy Cross Greek Orthodox Seminary in May 2019.

Since 2000, Mako, Ming, and their two children John and Zoe have lived among friends in a Christian intentional community house in a Black and Brown neighborhood in Dorchester. Mako has done campus ministry since 2001 and founded The Anástasis Center in 2014 (then called New Humanity Institute).

With thanks to David Andrew (@davidjandrew) for the ongoing use of his music in this podcast. 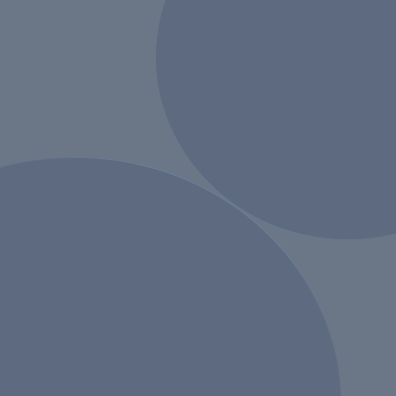 Bonus: Eastern Orthodoxy and Nonviolence with Andrew Klager and Bradley Jersak Part One

A conversation with Jarrod McKenna and Andrew Klager and Bradley Jersak about eastern orthodoxy and nonviolence, recorded in Canada in 2018. This is part one. Part two will be released next week. Andrew Klager is the Director of the Institute for Religion, Peace and Justice. Andrew Klager earned a PhD in Religious Studies and History from the University of Glasgow focusing on Anabaptist-Mennonite history and theology including the 16th-century Anabaptist peace tradition(s) and has completed continuing studies in Interfaith Conflict Resolution and Conflict Analysis from the United States Institute of Peace. He was also a Research Associate at the Humanitas Anabaptist-Mennonite Centre at TWU and a Visiting Research Fellow at the Centre for Studies in Religion and Society at the University of Victoria. Rev. Dr. Brad Jersak (Reader Irenaeus) is a Professor at the Institute for Religion, Peace and Justice holds a PhD in Theology and Religious Studies from Bangor University (Wales) and is an author and teacher based in Abbotsford, Canada. In addition to his teaching responsibilities at the Institute for Religion, Peace and Justice, he has taught New Testament and Patristics as a core faculty member at Westminster Theological Centre in the UK and is currently on faculty at St. Stephen's University in New Brunswick as the Dean of Theology & Culture. After serving as pastor and church-planter for twenty years, he now travels for Fresh Wind Christian Fellowship and serves as reader at All-Saints Orthodox Monastery (Dewdney, BC). Brad’s focus today is on writing accessible theology, facilitating 'listening prayer' seminars, and teaching college courses. His research, teaching, and writing emphases include the gospels, cruciform theology, contemplative spirituality applied to prophetic justice, and a theology of hope ...

Elizabeth Korver-Glenn is a sociologist who studies, writes, teaches, and speaks about many things, most of them in some way related to racism, White supremacy, or urban/neighborhood inequality. Propelling it all is this aim: to do justice. Elizabeth is currently an Assistant Professor of Sociology at the University of New Mexico. Her research and teaching focus on racialized housing markets, segregation, race and religion, and police violence. Elizabeth's research has been published in multiple peer-reviewed journals, including the American Sociological Review, Social Problems, Sociology of Race and Ethnicity, and City & Community. Most recently, her book Race Brokers: Housing Markets and Segregation in 21st Century Urban America, was published by Oxford University Press in April 2021. Coverage of her research has appeared in The Washington Post, The Wall Street Journal, Forbes, and other national and regional outlets. Elizabeth is also heavily involved in community-engaged research partnerships, including one on evictions and legal assistance with New Mexico Legal Aid and another on housing and health with the McKinley Community Health Alliance. Learn more about Elizabeth and her work at http://www.elizabethkorverglenn.com/. Follow Elizabeth on [Twitter](https://twitter.com/elizabethkaygee) @elizabethkaygee. Follow Drew Hart on [Instagram](http://instagram.com/druhart) and [Twitter](http://twitter.com/druhart) @druhart. Follow Jarrod McKenna on [Instagram](http://www.instagram.com/jarrodmckenna) and [Twitter](http://twitter.com/jarrodmckenna) @jarrodmckenna. Discover our global community on [Twitter](https://twitter.com/inversepodcast) and [Instagram](https://www.instagram.com/inversepodcast) @inversepodcast. Become a Patron of Inverse at https://www.patreon.com/InVerse With thanks to [David Andrew ](https://www.instagram.com/davidjandrew/)(@davidjandrew) for the ongoing use of his music in this podcast. ...

Dr Susan Carland on the book of Esther

Dr Susan Carland is an academic, writer, and social commentator. she completed her PhD in Monash University's School of Political and Social Inquiry and is now the Director of the Bachelor of Global Studies. She was awarded a Churchill Fellowship for 2020, and an ARC Discovery Early Career Researcher Award (DECRA) in 2020. Susan’s first monograph “Fighting Hislam” was published by Melbourne University Publishing in 2017, and “The Research Process (6th edition)“, co-authored with Professor Gary Bouma, was also published in 2016 by Oxford University Press. Her writing has appeared in local and international newspapers, academic journals and books, magazines, websites, and anthologies. She is the host of the podcast What Happens Next? Susan was invited to present her research at the UN in Geneva, has been named on the 500 Most Influential Muslims in the World list, and The Age's 20 Most Influential Australian Female Voices. Her research and supervision interests include feminism, sexism, discrimination, prejudice, social cohesion, Islam, Islamophobia, and Muslims in Australia. Follow Susan on [Twitter](https://twitter.com/SusanCarland) and [Instagram](https://www.instagram.com/susancarland/) @SusanCarland Follow Drew Hart on [Instagram](http://instagram.com/druhart) and [Twitter](http://twitter.com/druhart) @druhart. Follow Jarrod McKenna on [Instagram](http://www.instagram.com/jarrodmckenna) and [Twitter](http://twitter.com/jarrodmckenna) @jarrodmckenna. Discover our global community on [Twitter](https://twitter.com/inversepodcast) and [Instagram](https://www.instagram.com/inversepodcast) @inversepodcast. Become a Patron of Inverse at https://www.patreon.com/InVerse With thanks to [David Andrew ](https://www.instagram.com/davidjandrew/)(@davidjandrew) for the ongoing use of his music in this podcast. ...